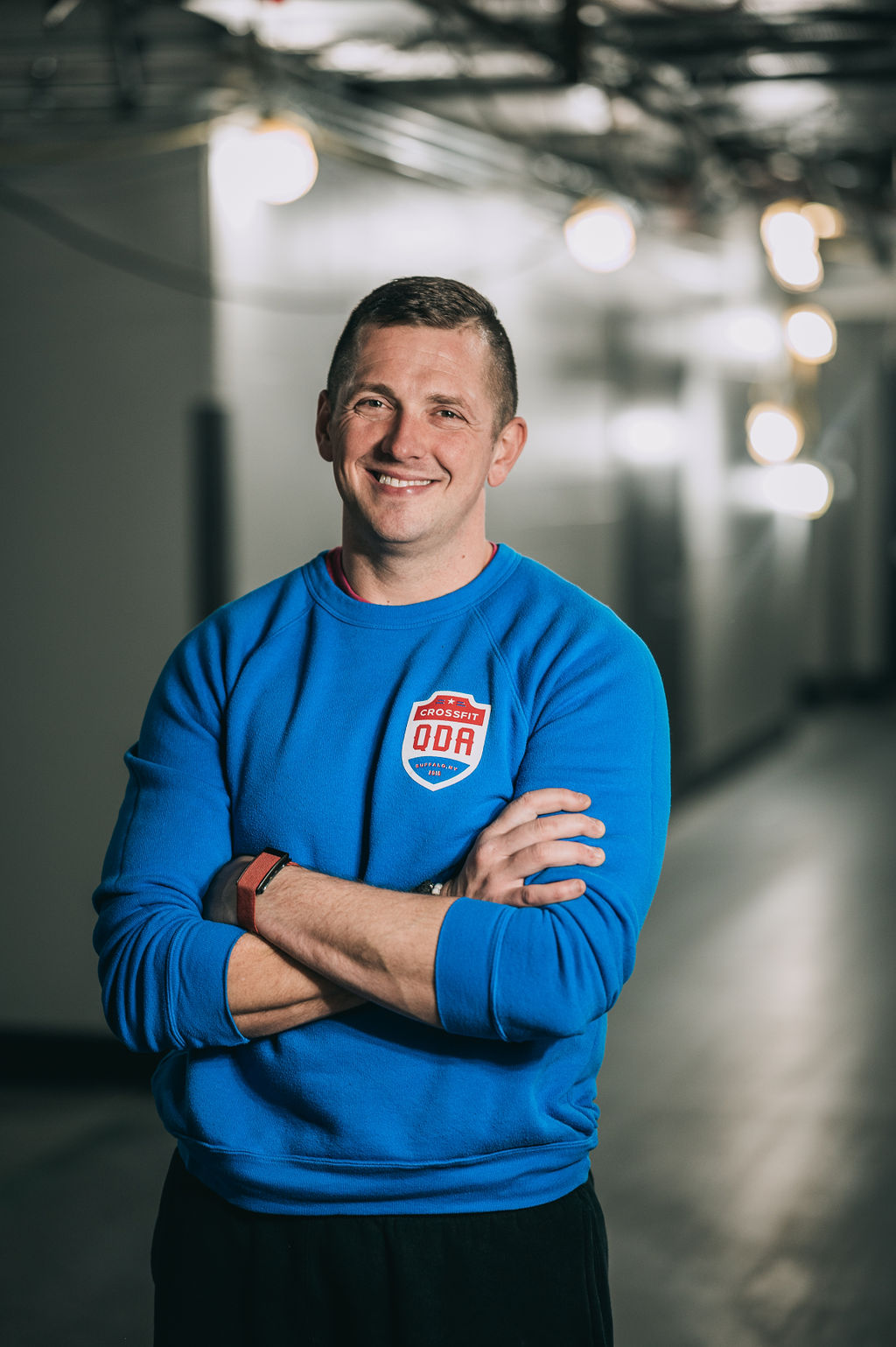 Dennis has been immersed in the health and fitness world since 2001. It is, without a doubt, his passion. He puts as much energy and dedication into his practice as he expects from his clients – and they will agree! He is committed to helping each client achieve his or her best self through exercise, nutrition, and healthy living.

Dennis received his Bachelor of Science in exercise science from the University at Buffalo but he didn’t stop there. He earned his Master of Science in applied clinical nutrition and Doctor of Chiropractic from New York Chiropractic College. He has held certifications with NCSA, ACSM, USAW, and many more, including CrossFit. He currently holds his CrossFit Level 3 certification and is the only Certified CrossFit Trainer in the Buffalo area.

Dennis doesn’t just talk the talk; he walks the walk. As a CrossFit affiliate owner since 2011, not only does he program the daily workout, or as we say – workout of the day (WOD) – but he does them. He’s right there, putting in the work alongside his clients. Additionally, Dennis has completed seven full marathons and a 50-mile ultra-marathon, and he was one of only 35 finishers of the 2011 Death Race. Now, Dennis continues to actively compete in CrossFit and adventure races. He LOVES a challenge, but we don’t recommend placing any bets. He always seems to win!

Dennis’ extensive education and degrees combined with his fitness background have provided him the ability to work with multiple professional athletes from the NFL and NHL as well as Division-I athletes in a multitude of sports. He has coached athletes to four different CrossFit Regional appearances, international competitions, including Wodapalooza and the Granite Games, and to many podium finishes in both individual and team competitions held locally and regionally. But you don’t need to be an athlete to benefit from Dennis’ services. The bulk of his clients are just like you and me – people trying to lead healthier lifestyles. Everyone has different goals – whether it’s being able to perform your job pain-free every day, overcome a health condition or disease, or lift heavy weights. No matter your goal, Dennis will work with you to be successful because your success is his success.

When he’s not working, Dennis spends his time with his son, taking him on wilderness adventures, as well as with his girlfriend and their dog Carlo. He also enjoys writing on his blog. 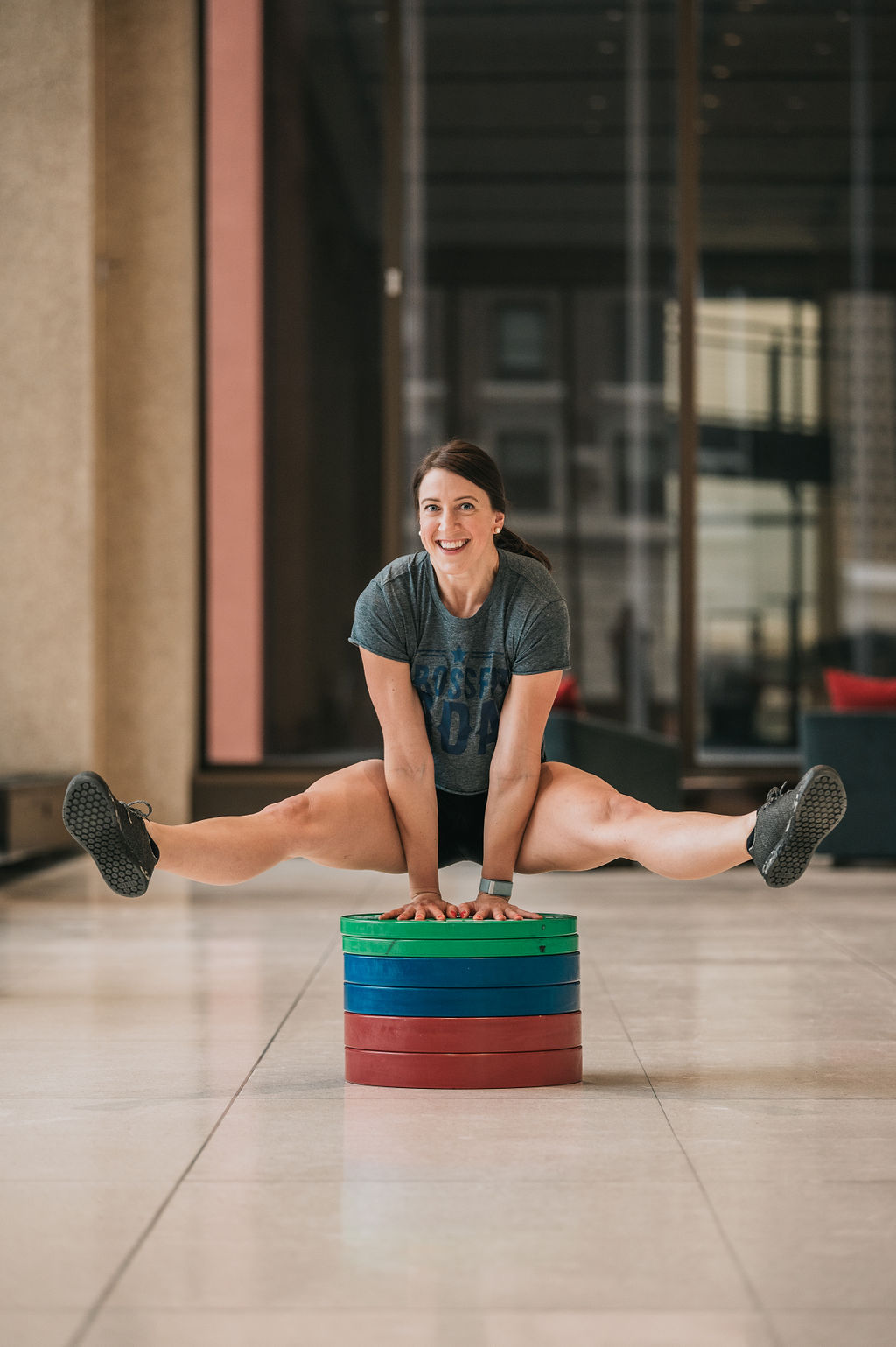 Steph is a life-long athlete – first as a competitive gymnast, and later, as a Division-I diver at St. Bonaventure University. She has tried her hand at many sports and fitness regimens but found love at first lift with CrossFit in 2012.

Using the foundations of the CrossFit methodology, Steph improved her movement patterns, gained strength, and rehabilitated old injuries. While she has enjoyed training and competing in the sport of CrossFit, she now dedicates much of her time in the gym to helping others navigate their health and fitness journeys. As a Level 2 CrossFit trainer, she has coached athletes of all levels since 2014. Steph focuses on gymnastics skill development and technique, and loves to work with athletes that are new to Crossfit!

Stephanie earned a Bachelor of Business Administration in finance from St. Bonaventure and currently works in consumer strategy at M&T Bank. When she’s not coaching or fitnessing, you’ll find her MMMBop-ing to Hanson and spreading the Buffalove where she goes! 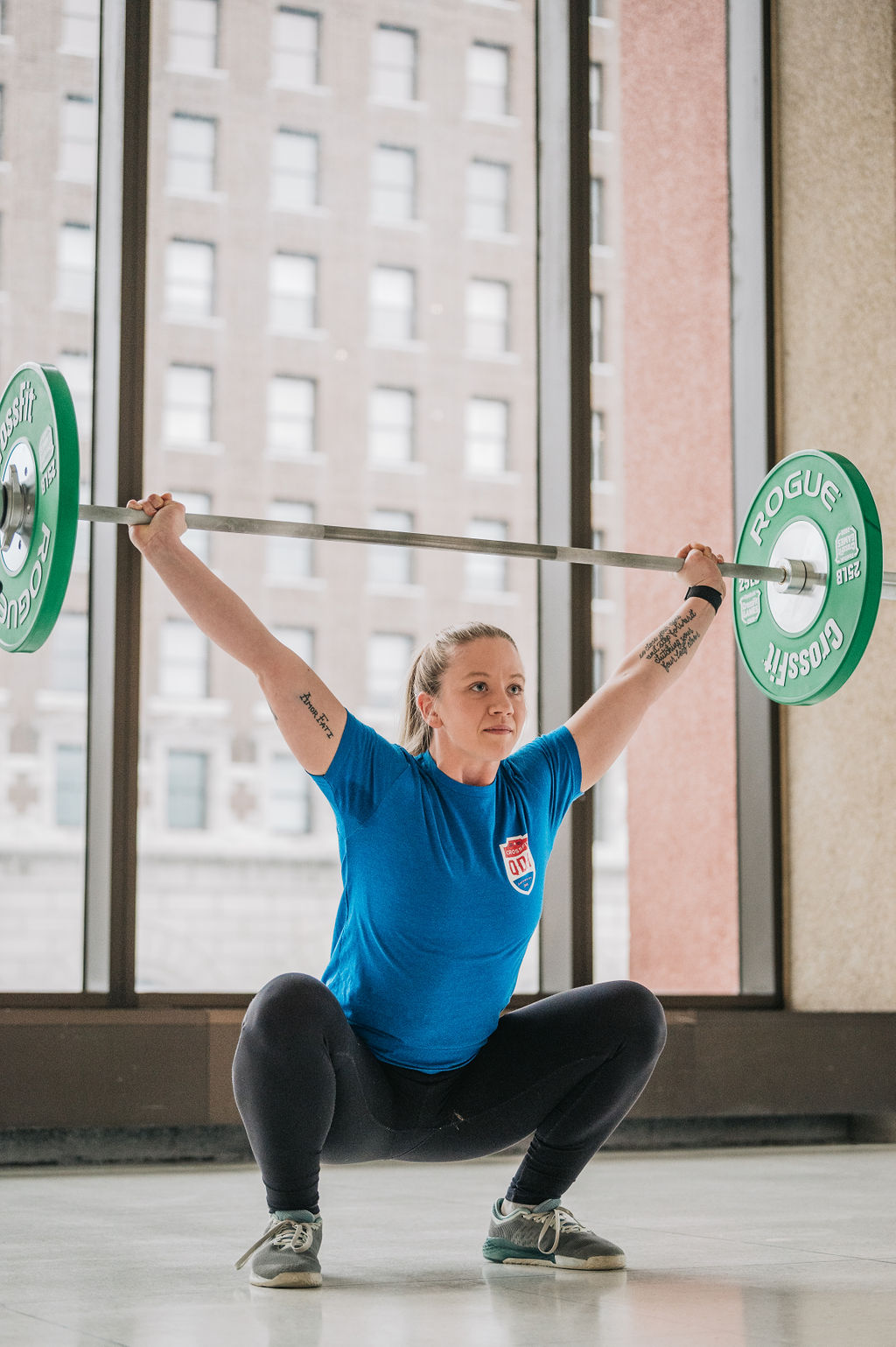 Erica has been a personal trainer for more than five years, starting during college and continuing after at local fitness facilities. In 2015, Erica took an interest in CrossFit at Dr. Lesniak’s first affiliate, however, as life would have it, it wasn’t until a year later (after leaving and moving back to Western New York) that she would “drink the Kool-Aid” and go all in with CrossFit. In 2016, she earned her CrossFit Level 1 certification.

Erica truly has a passion for helping others and loves watching people overcome obstacles and do things they never deemed possible. She coaches and trains athletes of all ages and abilities, reiterating the importance of movement at all stages of life. Her goal is to make everyday movements, such as walking up the stairs, easy at any age. Erica promotes a whole foods diet, with emphasis on food as medicine.

Erica graduated from St. Bonaventure University in 2013 with her Bachelor of Science in human movement science. She is currently pursuing her Masters in Applied Clinical Nutrition from New York Chiropractic College. Additionally, Erica holds her USAW Sports Performance Coach certificate and is a competitive Olympic weightlifter. Outside of the gym, Erica enjoys spending time outdoors and gardening. She also likes to watch documentaries, read, and has a slight coffee obsession. 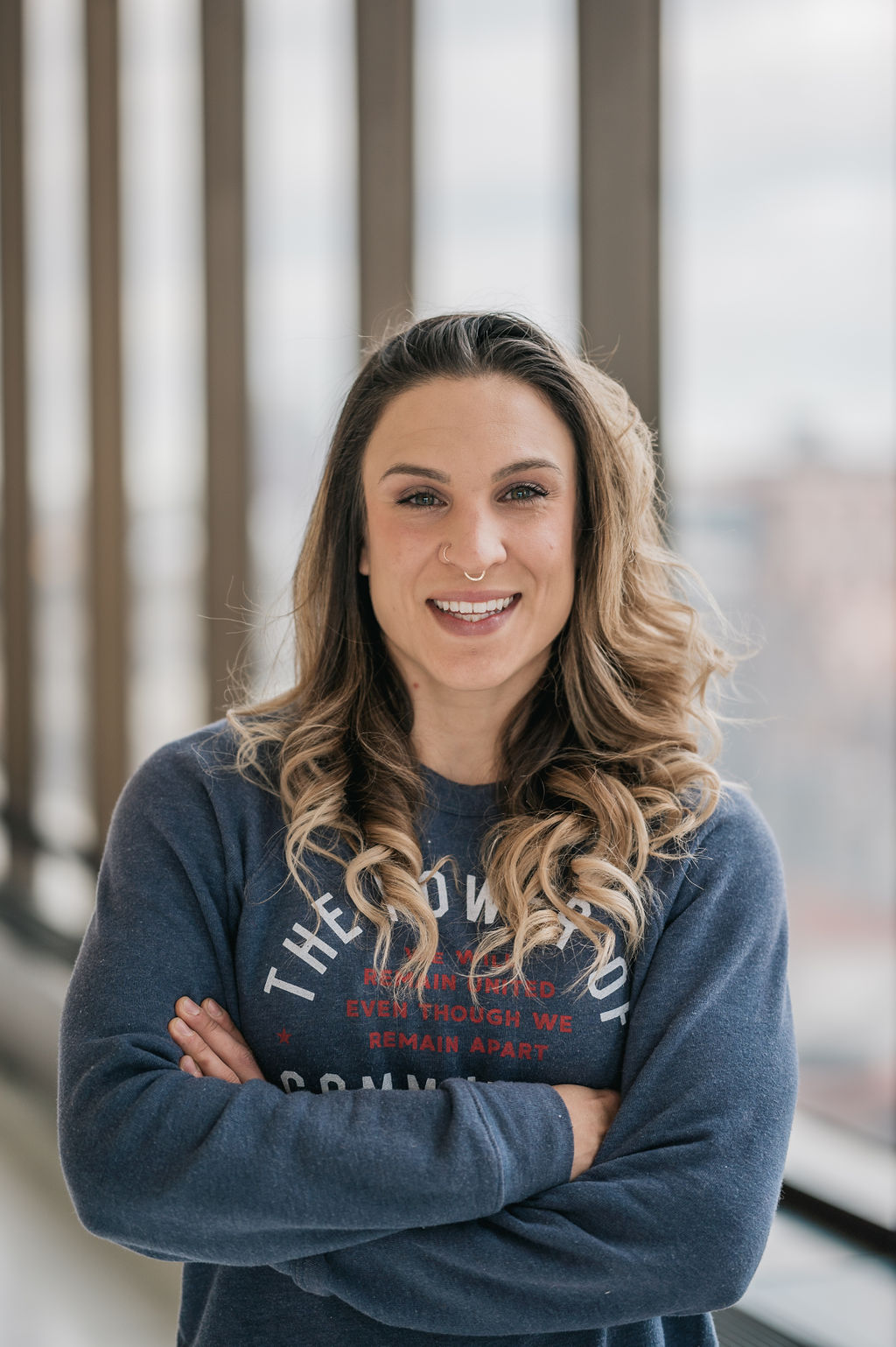 Shana’s passion for health and fitness started at a young age. She was never an athlete but has always enjoyed the grit and grind of a workout and the rewarding feelings that followed. Shana found CrossFit six years ago and fell in love. In the last two years, she has shifted her focus to becoming a competitive athlete with the goal of one day making it to the CrossFit Games.

In 2017, Shana earned her CrossFit Level 1 certificate. She enjoys coaching athletes of all skill levels. Coaching is more than changing a client’s physical appearance; it’s about changing mindsets and finding the perfect balance with training, nutrition, and life. This philosophy led her to open a meal prep business: Built without Guilt.

Shana earned her Bachelor of Science in psychology from the University at Buffalo. Some of her favorite hobbies include Crossfit (of course!), rollerblading, camping, hiking, reading, and spending time with her daughter, friends, and family. 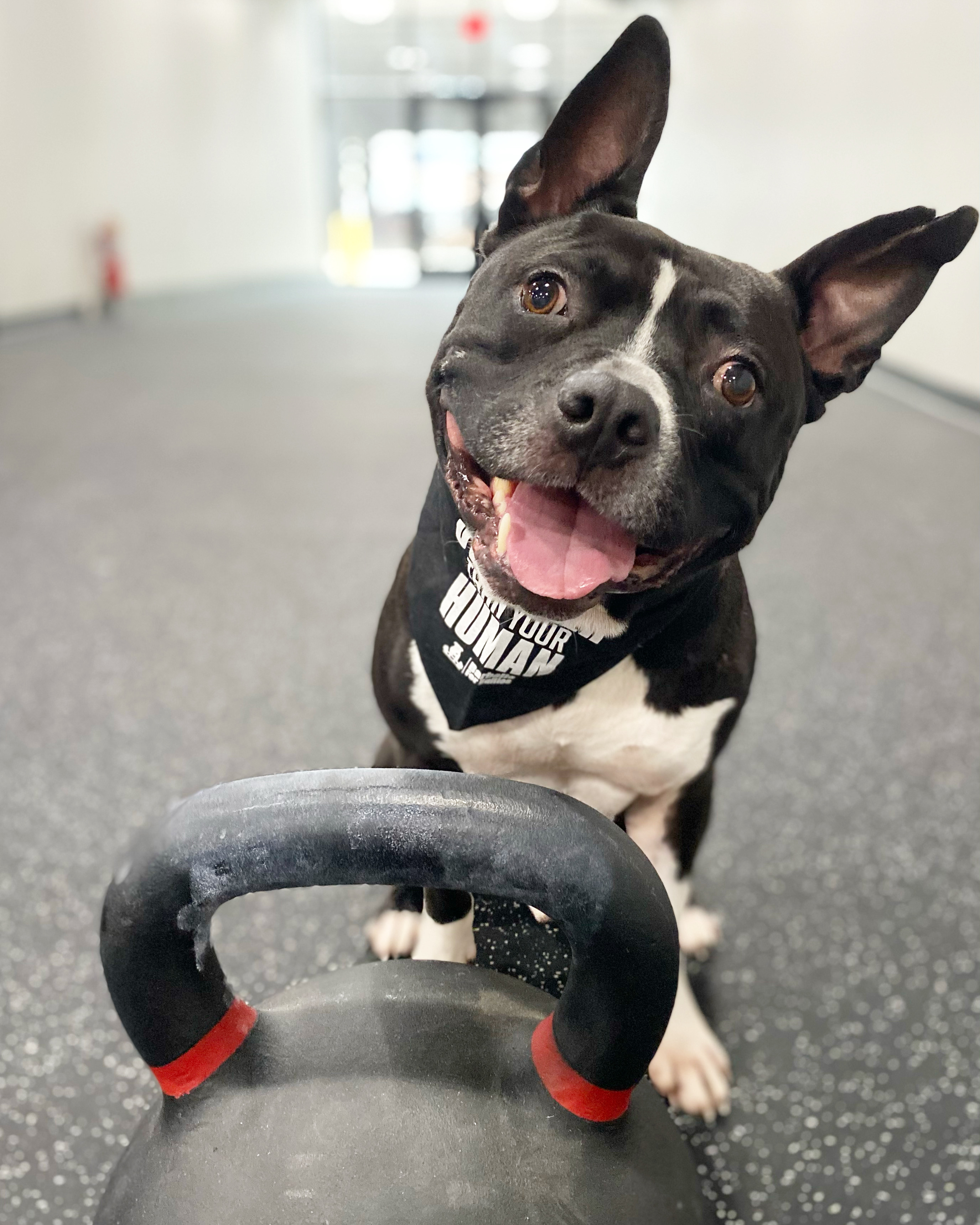 Carlo is an All-American mutt adopted from the City of Buffalo Animal Shelter in May 2017. He’s got a fat head and an even fatter heart. Carlo loves to hang out with his pals at the gym and offer some free kisses before, during, and after a hard workout – or anytime you get close enough to him. He earned his Canine Good Citizen-Advanced title from the American Kennel Club in 2018 and now works as a registered therapy dog through the SPCA Serving Erie County’s Paws for Love program. He’s so cool he’s even got his own Insta.