“I started working out at QDA through its partnership with the Veterans One-stop Center of WNY. I was nervous and suspect of how I would fit in. I had been a lone wolf at the gym for years and really considered it my time, not a social activity. I started at QDA and immediately connected with the environment, the atmosphere, and the people. I have said this many time since walking in, and it is still 100 percent true, working out here is as close to a military-style culture as I have been a part of since leaving the service. The comradery, support, connectedness, and trust that exists inside the gym is truly unique. It is a safe space; it is a place I can go and be myself and trust that everyone else there is genuine and we’re all in it together. And what does ‘in it’ mean? We are there to put forth our best effort, whatever your best is, each and every day. We are there to push one another to be better than yesterday, and to go to dark places the workouts take you to, together. Bonds are formed in that darkness, and afterward, those bonds are nearly unbreakable. I have evolved physically since walking into QDA, but I think my emotional and mental evolution has far surpassed the physics gains I have achieved, and to me in my life, with the things I struggle with, those gains are priceless. We work hard, we play hard, we bust each other’s chops hardest of all, and each and every day I walk out of the gym I have a smile on my face. I feel more full of life and more confident in myself. It has been an incredible year. I’ll end this with something we talk about regularly here, and that is progress. In our society we seem to overestimate the progress we can or want to make in one single day, but we underestimate and devalue the progress we can make in a year. It takes time, it takes consistency, it takes effort. It’s not easy, but trust me, it’s worth it.” -Mikey Shurmatz, 36

“I approached Dennis’ former CrossFit gym on the advice of a student at UB who told me she had an instructor who was well versed in exercise science and nutrition and happened to be a CrossFit coach. I set up an appointment. After an initial nutrition meeting with Dr. Lesniak, I was given a meal plan and encouraged to exercise regularly at the gym. Two days a week at the gym turned into three days a week and then four and then five days a week. The results were awesome. I was eating right, exercising routinely and dropped almost 60 pounds. I felt great both mentally and physically. The community is the best. Motivation is no problem. Every day is a challenge. The associate coaches in the gym are also top notch teachers and trainers and the best in the business. If you are interested in becoming healthier or stronger, I would recommend having a conversation with Dennis and let him help you transform yourself.” -Marty, Master’s Athlete

“When I started at QDA in June 2017, it was after months of persuasion from my husband – who is what I consider a natural athlete and far more fit than I will ever be – and I was full of reservations.  I couldn’t do a burpee, I had never done a ‘real’ push-up, and those 35-pound barbells I saw on the far side of the gym? Not a chance. And, my real fears: What if I couldn’t do it? What if I fell down or looked stupid or needed help? I filled out the enrollment paperwork figuring I would appease the husband-athlete and try it out . . . but then make a series of excuses and never return.

Well, wouldn’t you know, since then, I’ve been at that gym at 6:30 a.m. every Monday, Wednesday, and Friday. With the care and support of the coaches and other athletes, I’ve learned so much, and not only about the movements in the workouts, but about myself as well. I’ve learned that success is about growing from where you were yesterday, not about how you compare to others. I’ve learned that remembering this definition of success takes practice but it’s worth it. And I’ve learned that a group of people who are committed to becoming better versions of themselves always pick you back up when you’ve fallen on the path to becoming yours. Oh, and a workout that has thrusters in it will be hard! I’ve learned that, too. I can’t thank Dennis and everyone at QDA enough for what they do day in and day out to support and strengthen all of us in our own ways and I can’t wait to see what my CrossFit future has in store! -Caitlin, 32 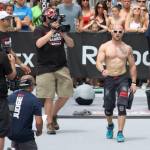 “I’ve been training with Dennis for more than five years, and it has been one of the best decisions I have ever made. Dennis gives you exactly what you need even when you may not realize it. He will push and motivate you to be better and to give your best, even beyond the workouts. If you’re having a down day, Dennis is there. If all you need is a little drive to keep going, Dennis is there. Nutritional help, yet again, Dennis will be there. All your needs and wants in one place. My first year of training with Dennis, I competed in the 2012 CrossFit Games Open and came in 542nd place in the Northeast. Just one year later, after putting in work with Dennis, I was able to come in 23rd. My third year training with Dennis, I qualified 10th in the Northeast. So whether you’re training for a sport or seeking a healthier lifestyle, Quarter Deck Athletics is the place to be. I wouldn’t go anywhere else. Being a Marine Corp veteran, I can say Dennis can easily put a drill instructor to shame. Yet, on the flip side, he can motivate my wife in a completely different way that works for her. Nothing beats the teamwork atmosphere, high expectations to achieve your goals, and encouragement to push year after year that Dennis instills in all of his members. Start NOW and don’t look back.” -James, 33

“Almost two years ago, I reached out to Crossfit QDA, but for one excuse or another, it took me a year and a half before I actually walked through the door. At the time, I felt very self-assured about everything in my life, except for my lack of fitness. I moved to Buffalo after graduating college and consecutively gained weight because of my desk job. Finally, I joined in August 2017 with the encouragement of one of the coaches, Steph. I didn’t really expect much because I always have my ‘phases’ where I would go on a diet and work out, lose some pounds, but gain it all back two weeks later. I figured this would just be another ‘phase…’

“I was very wrong and I’ve never been so happy to be wrong. I now wish I had come when I first inquired about memberships, but that just goes to show that there is never an ‘ideal’ time to start. Life will always get in the way, and excuses will always pop up! BUT DO YOURSELF A FAVOR AND JUST DO IT.

“I joke around that I come to Crossfit QDA to get my ego blown up, but in all honesty, I’ve never been more confident about my body image. Dennis and all of the other coaches are so very supportive and they know how hard and when to push because they believe in every single athlete that walks through the door. They call me out on my BS or when I’m ‘feeling lazy’ and planned on doing a level lower than what I’m capable of. They hold me accountable and because of that, I can now do things I never imagined I ever would… like Russian Swings! Oh and also, I’m now down nearly 15 pounds, which doesn’t seem a lot, but I actually feel like I WILL keep it off! To Dennis’ words, ‘THIS SH!T WORKS!’

“I could go on and on about a lot of things I love about CrossFit QDA and the coaches, but really it all boils around two things: a supportive network of people that will not judge you if you slip on a burpee but cheer you on as you pick your ass back up (Fit-Fam!), and a group of dedicated and encouraging coaches who REALLY know their stuff.” -Kearney, 30

“It was 2013, and I had reached an impasse in my life where I was no longer participating in competitive sports and was looking for a new outlet. Physically, I had gained weight, lost prior strength and become lazy. Mentally, I was getting complacent and could see myself heading down a path that would be much harder to come back from. Like most people, I tried the traditional gym route but found myself paying for a membership I didn’t use, and when I did go, my time was poorly spent. That’s when I found Dennis Lesniak. Almost immediately I knew I found what I was looking for. His motivational style, unlike any coach I have ever known, relentless pursuit of my best effort and his unwillingness to let me settle for anything less, set me on a new course. There is no substitution for hard work, and trust me you will work harder than you ever thought you could, but know that Dennis will put that same hard work right alongside you.” -Joe, 36 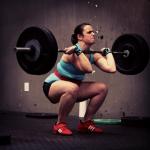 “People say you are in control of your own destiny, but sometimes you need someone to give you the tools and to push you to get there. Dennis did just that for me. After struggling to lose weight and becoming more upset with my athletic performance, I decided it was time to get my nutrition in check. I met with Dennis and found out how much he believed I could achieve anything I wanted. Dennis wants the best for his clients, and he would do or say anything to make sure you reached the goals you set – even if you needed some tough love to snap you out of it. Not only did Dennis help me with my physical health, but his guidance and belief in me improved my mental state greatly. Because of him, I am a better athlete, wife, and mother. I am a different person because of his coaching, and I am thankful every day for this life-altering change he led me on.” -Karen, 34

“I started CrossFit at QDA in May 2018 a few months before my 50th birthday. I hadn’t worked out consistently in over a year and it showed. I was terrified of starting CrossFit but even more terrified of not doing something to improve my health. Since my first month, I  have consistently gone five days a week, sometimes six. I do that because I love the coaches, I love the sense of community, and, of course, because I’m competitive! Dennis and the other coaches make your goals THEIR goals and they don’t let you give them up. They give you the path and you do the work. Even if you haven’t articulated goals to them, they have goals for you! I’ve achieved things I never thought possible and it doesn’t end!  You keep improving and that sense of accomplishment isn’t something I’ve found anywhere else. If you’re thinking about trying CrossFit and want a welcoming, enthusiastic and fun atmosphere, come to QDA.  Take that leap for yourself; you won’t regret it!” -Anne, 53